The Vice-President of the European Commission and European Commissioner for Industry and Entrepreneurship, Antonio Tajani, was pleased to say that the Treaty of Lisbon has given rise to a European tourism policy for the first time in the history of the EU. 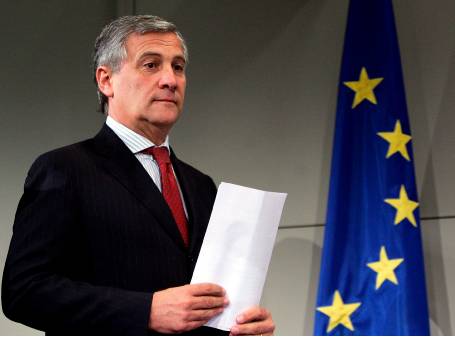 The Vice-President of the European Commission and European Commissioner for Industry and Entrepreneurship, Antonio Tajani, was pleased to say that the Treaty of Lisbon has given rise to a European tourism policy for the first time in the history of the EU.

In the opening ceremony of the European Tourism Stakeholders Conference in Madrid, on 14 April, the Italian commissioner stated that “we can talk about a revolution in tourism policy, as we are now working together for European tourism”.

Tajani highlighted the joint work the European Commission and Spanish rotating Presidency is carrying out to develop the sector and the importance for all EU Member States of “working together to attract Chinese, Russian, Japanese, Latin American and North American tourists”, among others. “Today is the first day in the development of a European tourism project”, he concluded.

For the Spanish Secretary of State for Tourism, Joan Mesquida, “the Treaty of Lisbon is a milestone, but there is a lot of work still to be done”. Tourism is the third largest industry in Europe, creating around 9.7 million direct jobs, although many policies that impact tourism are decided in other spheres, he said.

Hence the importance, Mesquida pointed out, of all stakeholders holding a meeting in Spain for the first time: employers associations, trade unions, members of the EU and European Ministers for Tourism.

The Conference, jointly organised by the Commission and the Spanish Presidency, is held on the eve of the Informal Meeting of EU Ministers for Tourism, which will be opened on Thursday by the Spanish Minister for Industry, Tourism and Trade, Miguel Sebastián, and Commissioner Antonio Tajani.

The outcome of the conference will smooth the path for a coordinated approach on tourism policy initiatives.

The draft 'Madrid Declaration' on the future framework of European tourism will be presented at the Informal Meeting of Ministers. There will also be a joint press conference with the Presidency of the Council and the European Commission.

Thanks to its historical, artistic and cultural heritage, Europe wants to promote high quality, sustainable and accessible tourism that could become something unique in the world, according to sources at the Spanish ministry.