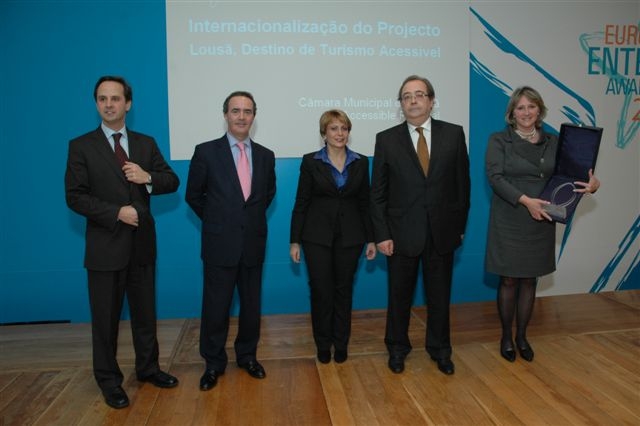 This project was selected among the several winners that will represent Portugal in the European Contest, which takes place in Madrid in May.

The project partnership of Accessible Portugal and Câmara Municipal da Lousã received numerous accolades for its importance and merit by the Portuguese Secretary of State for Industry and Development Fernando Medina.

Over 90% of the clients of Accessible Portugal are inbound tourists from the EU and overseas. In all, 44 entries were in the running for the award in Portugal.

The European Enterprise Awards were launched in November 2005 by the Vice-President of European Commission Günter Verheugen. They are intended to recognize and reward outstanding initiatives that support entrepreneurship at regional level. They are open to public authorities in the EU and Norway, especially to local and regional entities, such as towns, cities, regions and communities, as well as public-private partnerships between public authorities and entrepreneurs, educational programs and business organizations.

European Enterprise Awards showcase and share examples of best entrepreneurship policies and practices; to create a higher awareness of the role entrepreneurs play in society and to encourage and inspire potential entrepreneurs.

Accessible Portugal and the Câmara Municipal da Lousã are members of ENAT.

Congratulations to the winning partners, from ENAT, for placing Accessible Tourism in the forefront of European enterprise!