Alanya, Turkey. An autonomous lift or "sea elevator", which allows persons with disabilities to enter the sea without having to receive support from anyone, has been successfully installed for the first time in Turkey. 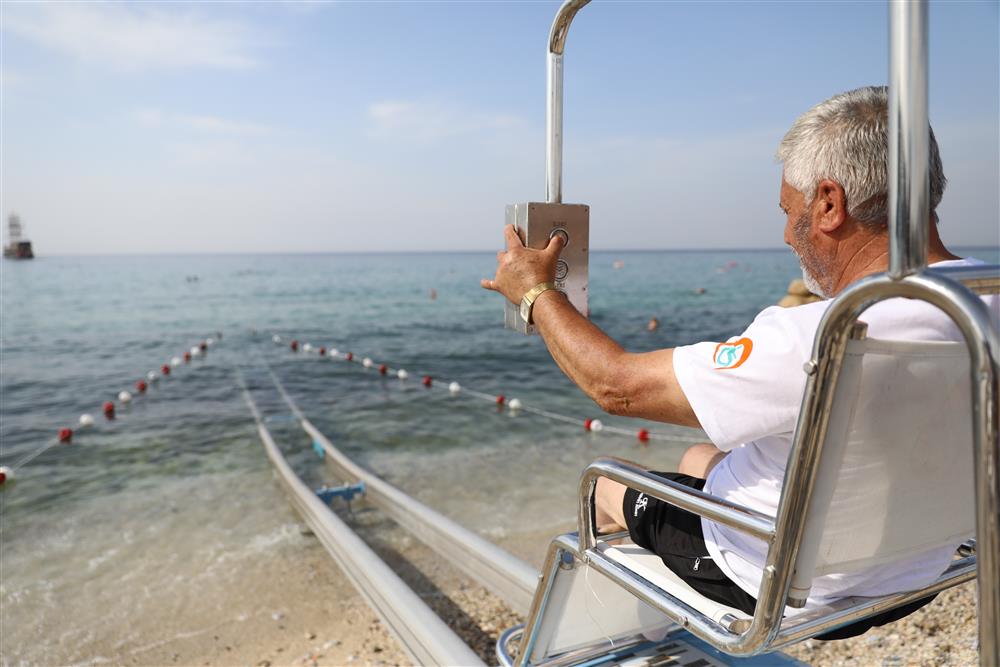 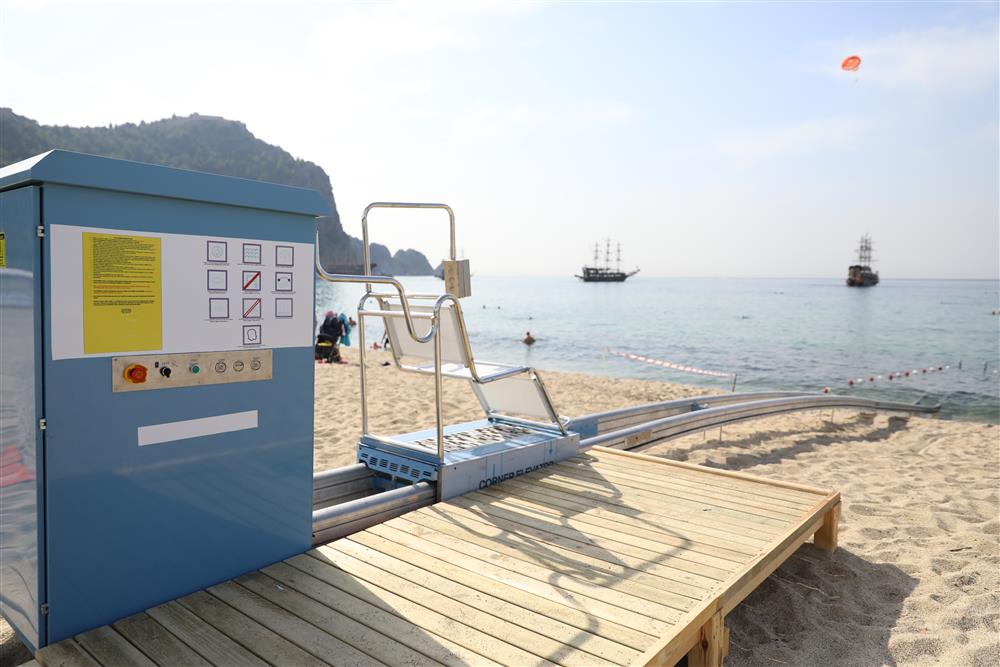 A new arrangement was made at Rainbow Accessible Public Beach, which was implemented by Alanya Municipality with the slogan “Accessible Tourism City Alanya".

An autonomous lift, which allows persons with disabilities to enter the sea without having to receive support from anyone, has been successfully installed for the first time in Turkey.

The sea elevator is designed to be detachable so as not to interfere with the natural structure of the beach, and the prepared platform can be installed before the summer season and will be removed during winter periods.

Turkey’s most accessible room capacity is in Alanya

Thanks to the efforts of The Accessible Tourism City, which started in 2003, the largest number of Accessible rooms and tourism enterprises in Turkey is located in Alanya.

The "Tourism for All" Project, which the local government has been working on for a long time, is also being supported by the Ministry of Culture and Tourism and was determined as a good point of exemplary practice throughout the country with its support.

A Barrier-Free vision for a fully accessible city

Alanya Municipality carries out audits in accordance with the disability regulations in all commercial areas and all newly built housing projects and constitutes the infrastructure of a city without obstacles in the long run.

Alanya Municipality has been designing and building all its social equipment, buildings and natural parks without obstacles since 2003.

All historical and touristic areas are accessible

Alanya’s Castle, which was built in 1226, has become Turkey's first accessible castle. Alanya Castle has been made suitable for wheelchair users as well as for the visually impaired and hearing impaired guests.

While the city sidewalks and all ramps are arranged by the solution team, charging stations have been set up in many points of the city for wheelchair users, allowing battery-powered chair users to travel easily and cover increased travel distances,.

The first city in Turkey that is a member of ENAT

Acting with the desire to create a fully accessible world, Alanya Municipality became a member of ENAT – the first city from Turkey - in 2013 in order to be in closer contact with both civil society and professionals in this area and to bring good examples to Alanya via innovation transfer.

Alanya is the first city that revealed the difference of this visionary view.

The Municipality of Alanya is an Associate Member of ENAT.