The first Italian Company that deals with tourism for all has been admitted to the United Nations World Tourism Organization. 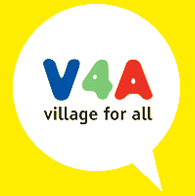 31.11.2012 Secretary-General of the UNWTO, Taleb Rifai, promises, "accessible and sustainable tourism are our next priority".

Village for all - V4A® international Quality Brand for accessible tourism and first international network of tourist facilities for all, is a member of the World Tourism Organization. This is the first Italian company active in tourism for all to join the United Nations’ Agency.

In a private interview with Roberto Vitali, President of V4A, on the sidelines of the ceremony for settlement of the Captains Regent of San Marino, the Secretary-General of the WTO, Taleb Rifai, said that "accessible tourism and sustainable tourism are in the next future agenda of actions programmed by the World Tourism Agency".

It is, if ever needed, a confirmation of the topical issues of tourism for all and how the wide accessibility of tourism facilities is essential to increase the quality of the tourism system, making access easier for large segments of the market that is still largely unexplored.

The great international skill of V4A®, which is an ENAT member - European Network for Accessible Tourism -, is also confirmed by the presence of the President Roberto Vitali the presentation of the Brazilian Federal Programme for Accessible Tourism made by the Minister Tourism and the Minister of Human Rights which was held in Gramado within Festuris, tourism festival, which has just ended. The federal program will see a growing and constant commitment on these issues to allow Brazil to deal with world events such as the Copa del Mundo FIFA 2014 and the Olympics and Paralympics in Rio de Janeiro in 2016.

"I'm obviously proud and honored that Village for all-V4A® became a member of the WTO - says Vitali, president and founder of V4A® and Speaker of the Ministerial Committee for Accessible Tourism - and for us this is further a confirmation of the quality of our work, but also the consecration of our method (V4AInside) for testing and international dissemination of information on the quality of the structures as a good practice. Our commitment at European level, with the participation of a number of initiatives of DG Enterprise and Industry of the European Commission, and events outside Europe, primarily in Brazil, in cooperation with ENIT – National Agency for Tourism, scored, with admission to the WTO, is a recognition of great prestige that allows us to view the future with optimism and a further increase in initiatives for the development and promotion of an Accessible Hospitality for everyone. " 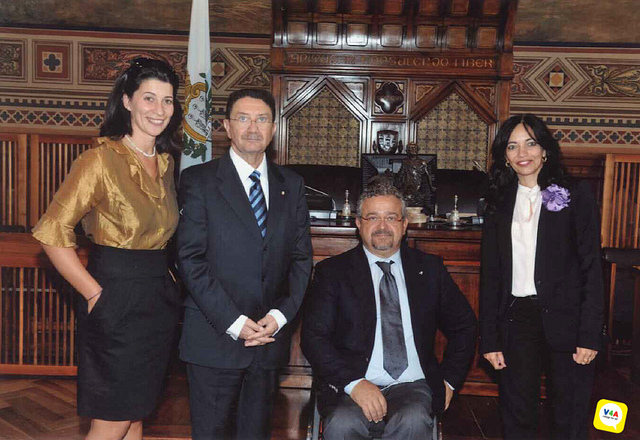 V4A is a Member of ENAT