ENAT member, Sheila King fought against Jetstar's policy - and lost. The appeal court judges ruled that if Jetstar budget airline should change its "2 wheelchairs per flight" policy it would suffer undue hardship. 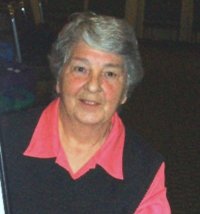 ENAT member, Sheila King (photo) fought against Jetstar's policy - and lost. The appeal court judges ruled that if Jetstar budget airline should change its "2 wheelchairs per flight" policy it would suffer undue hardship.

Here we bring the report published by the Sydney Morning Herald.

"A wheelchair-bound woman has lost her appeal against Jetstar's policy of allowing a maximum of two wheelchair passengers to fly on its smaller planes.

Sheila King claimed Jetstar unlawfully discriminated against her by refusing to allow her to travel on flight JQ769 from Adelaide to Brisbane on September 23, 2008, because two other wheelchair passengers had already made bookings.

This year, Mrs King lost her case in the Federal Court after a judge found that although Jetstar did discriminate against her because of her disability, the airline had a defence of "unjustifiable hardship".

This morning, (23 August 2012) the full Federal Court upheld that decision.

On appeal, Mrs King argued that the primary judge erred by assessing the question of hardship in relation to the "worst case scenario", whereas he should have looked at the impact of one extra wheelchair passenger on flight JQ769.

The three-judge appeal panel rejected Mrs King's grounds of appeal, finding Jetstar would have run a different case based on the particular flight, and not its operations as a whole, if she had indeed brought her case that way.

But Mrs King had sought a court order that Jetstar cease enforcing its two wheelchair policy on all A320 and A321 narrow body aircraft.

Jetstar had argued that its low-cost business model was based on quick turnaround times and low cost airport operations.

It gave evidence that in September 2008, the average demand for wheelchair assistance was less than 0.5 passengers per flight. Removing the two-wheelchair policy would necessitate an increase in the 30-minute turnaround time by five to 10 minutes for every flight.

The primary judge accepted Jetstar's evidence that a substantial number of flight delays were caused by passengers requiring wheelchair assistance and that delays on one flight caused a domino effect throughout the day.

Justices Bruce Lander, Geoffrey Flick and Jayne Jagot said the finding didn't mean budget or low-cost services could simply disregard disability discrimination laws. The question was whether there was a defence."

Read more on the background to this case in ENAT Forum