Eight cities have been shortlisted for the prestigious European Access City Award 2012. With 114 entries from 23 EU countries, the jurors had a challenging task identifying the finalists. 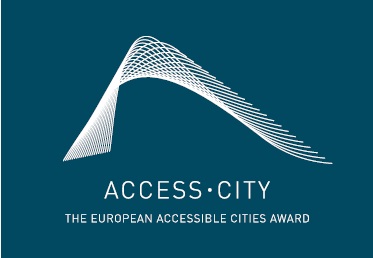 Eight cities have been shortlisted for the prestigious European Access City Award 2012.

With 114 entries from 23 EU countries, the jurors had a challenging task identifying the finalists.

After 23 national juries had made a pre-selection, a European Jury composed of experts in accessibility and representatives of the European Commission, the European Disability Forum and the Age Platform Europe selected the eight shortlisted cities of Access City Award 2012.

One of these cities will be proclaimed as the winner of the Access City Award 2012 on 1 December 2011.

The Award ceremony will take place in Brussels during the European Day of Persons with Disabilities Conference. At the ceremony the three finalist "runners-up" and four special mentions will also be revealed.

The Access City Award is an initiative of the European Commission in partnership with the European Disability Forum. It aims to showcase and reward cities with over 50 000 inhabitants which take exemplary initiatives to improve accessibility in the urban environment for persons with disabilities, in the context of an ageing population. 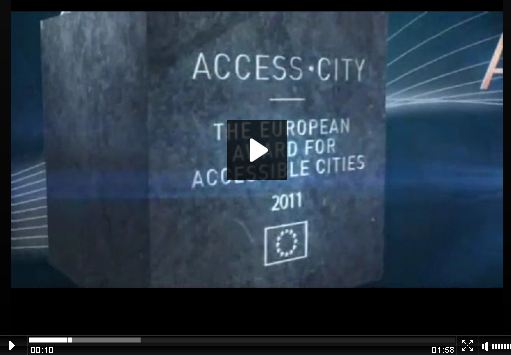 In line with the United Nations Convention on the Rights of People with Disabilities, accessibility is one of the pillars of the European Union’s Disability Strategy 2010-2020 which aims at creating a barrier-free Europe for all.

The Award is given to the city that has demonstrably improved accessibility in fundamental aspects of city living, with a coherent approach over four key areas of accessibility: the built environment and public spaces; transport and related infrastructure; information and communication, including new technologies (ICT); public facilities and services.

The winning city is committed to continued improvements in accessibility in a sustainable way and can act as a role model to encourage the adoption of good practices in other European cities.

The other three finalist "runners-up" are also given recognition for developing comprehensive plans to address accessibility in the competition's four areas.
This year, in each of the four areas of the built environment, transport, information and communication - including new technologies (ICT), and public facilities and services, the European jury has also selected a city which will be awarded with a special mention for notable successes and results.

The application phase for the Access City Award 2012 closed on 20 September 2011 with 114 cities from 23 EU member states joining the competition. National juries composed of representatives of national disability councils, accessibility and aging experts with the support of the Age Platform Europe, and public  administration, made a pre-selection to identify cities that qualify for entry to the final assessment by a European Jury, with a maximum of two national candidates per country.

In total, 31 cities (alphabetical order by country) were shortlisted that way for the Access City Award 2012:

The European Jury faced an arduous task in selecting the winner, the top three runners-up and four special mentions from among the many excellent applications pre-selected at national level.

The European Jury is composed of:

The overall winner will be revealed at the Award Ceremony in Brussels on 1 December 2011 on the occasion of the Conference marking the European Day of Persons with Disabilities.