Brussels, 29 February 2012. The Launch of the Freedom Guide takes place at the European Parliament, showcasing the EDF's recent campaign. 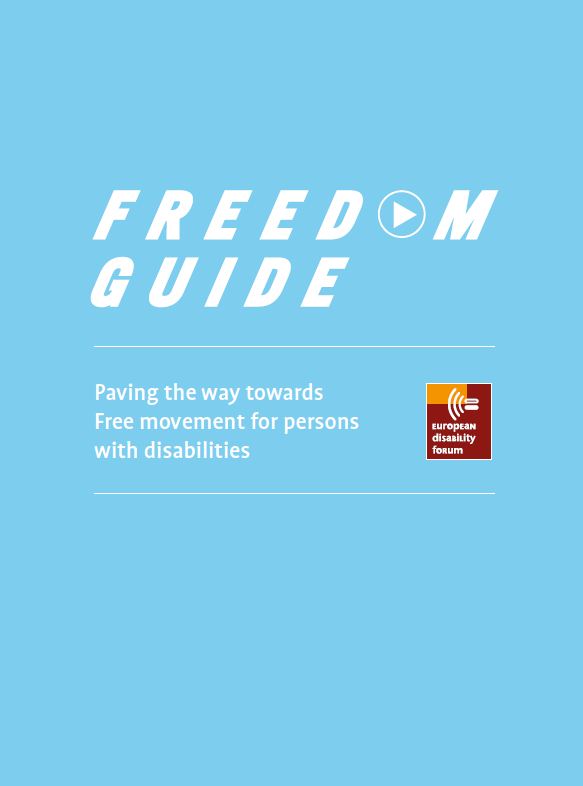 How accessible does Europe want to be?

In the EDF's specially commissioned report, "Freedom Guide", the disability movement, academics and experts have shown the barriers preventing people with disabilities from enjoying their right to freedom of movement.

The guide reveals, through concrete cases, the benefits that could be brought by an EU legislation – a strong and binding European Accessibility Act – on the accessibility of mainstream goods and services.

The Launch of the Freedom Guide takes place at the European Parliament, Brussels, Wednesday 29 February 2012 at 19h00 in the Members’ Private Salon (ASP building, ground floor).

Download the Freedom Guide in PDF format from the right-hand panel.

LAUNCH OF THE FREEDOM GUIDE

How accessible does Europe want to be?

WHY FREEDOM OF MOVEMENT?

Freedom of movement is one of the cornerstones of the European construction. Thanks to the Free movement principles, millions and millions of European citizens have been able to work, establish themselves, study and travel abroad goods and services are available in all corners of Europe.

This is a fantastic achievement, but the reverse side of the coin is that 80 million European citizens – persons with disabilities – cannot yet fully enjoy or benefit from these freedoms due to a number of barriers. This not only hampers progress towards equal opportunities for those persons and their families, but it is also a missed market opportunity.

THE EUROPEAN ACCESSIBILITY ACT: HOW EFFICIENT?

At the end of 2010, when the European Commission presented its Disability Strategy for the next ten years, the European Disability Forum saw a great potential for progressing the rights of persons with disabilities at the European level in a number of areas. Many of the action points under this strategy, such as the forthcoming proposal for a European Accessibility Act, are specifically instrumental for dismantling the current barriers for persons with disabilities to benefit from Freedom of movement.

THE FREEDOM GUIDE: A KEY TOOL FOR EUROPE

The United Nation Convention on the Rights of Persons with Disabilities is the first human rights Convention adopted and concluded by the European Union, in addition to its Member States. Parties to the Convention are required to promote, protect, and ensure the full enjoyment of Human Rights by persons with disabilities, including full equality under the law. The Freedom Guide is a key tool for promoting the respect of the rights laid out in this Convention in practice, particularly for those relating to the Freedom of movement.