Sozopol is a town in south-eastern Bulgaria located on the Black Sea coast, situated on a few small peninsulas in the southern part of the Burgas Bay. With a population of 4,767 people, it is within the Burgas Province and is the administrative centre of the Municipality of Sozopol, which has a population of 14,833 people. It is a member of the League of Historical Accessible Cities. 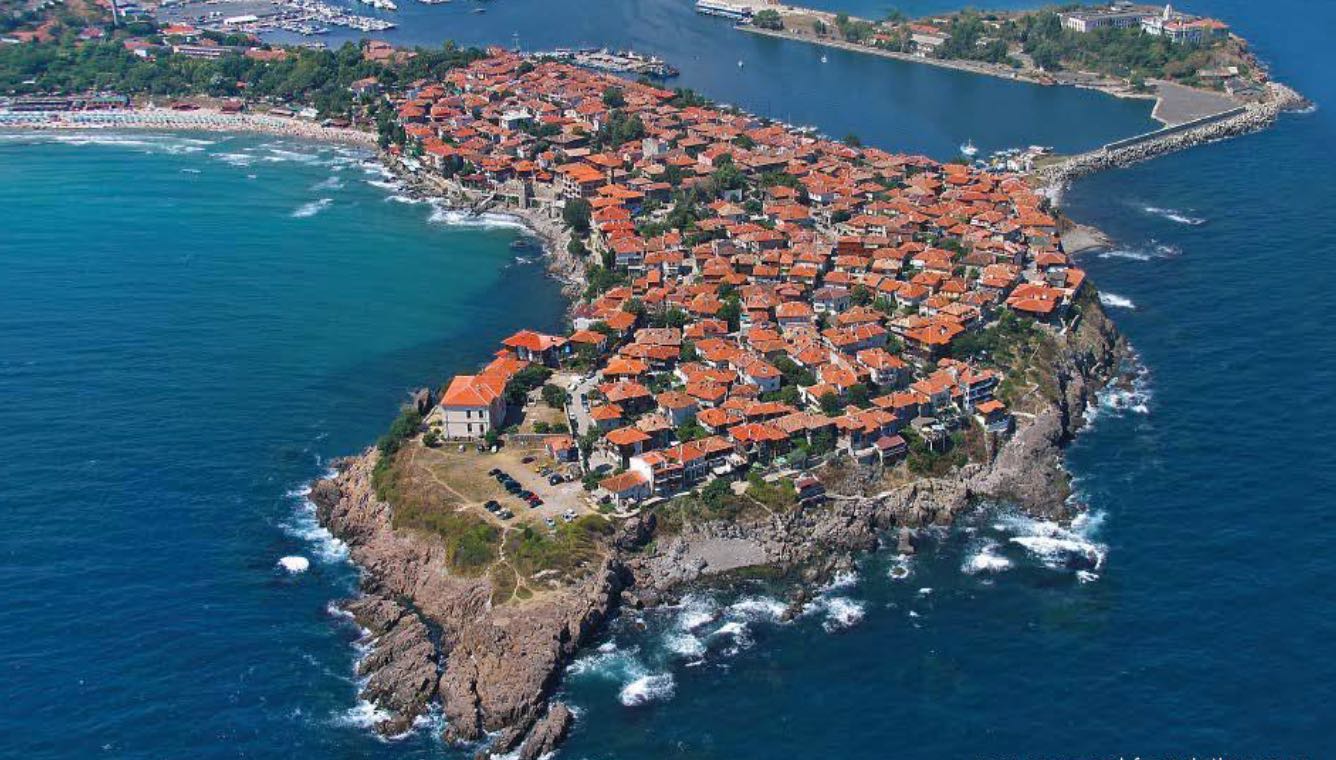 Sozopol is a town in south-eastern Bulgaria located on the Black Sea coast, situated on a few small peninsulas in the southern part of the Burgas Bay.

With a population of 4,767 people, it is within the Burgas Province and is the administrative centre of the Municipality of Sozopol, which has a population of 14,833 people. Sozopol is divided into the Old and New Town, between which lies the Sea Garden. The Old Town is located on the small peninsula of Skamniy and has been declared an archaeological reserve. The boundaries of the Sozopol bay include the island of St. John and next to it the small island of St. Peter, which have also both been declared as archaeological reserves as well as a protected areas under Natura 2000.

A beautiful coastal town, Sozopol is the successor of the Greek colony Apollonia Pontica which was founded in 611 BC and is one of the oldest Bulgarian towns. It was named after Apollo, the Greek and Roman god of music, dance, poetry, prophecy, and medicine. His 13.2m high statue used to be a symbol of the town from 460 BC until Sozopol was conquered in 72 BC and the statue was brought to Rome. From antiquity to the 17th century Sozopol was a thriving commercial centre. The town has had an important role in the trade of fish from the Black Sea, as well as grain and copper from Thrace. From late antiquity Sozopol has been an important religious centre with many monasteries, as well as a centre of fine arts. For centuries it has been the most important port in the region.

The town attracts many tourists from around the world thanks to its cultural and historical past, its preserved architecture from the 18th and 19th century, its 4-14th century fortress, its beaches and annual Apollonia art festivals, and with the relics of St. John the Baptist found in the monastery of the same name which is the largest Christian centre in medieval Sozopol.

Provision of accessible environment for people with disabilities to the natural and cultural sites on the territory of Archaeological Reserve Ancient Town of Apollonia in the town of Sozopol.

The main objective of this project is to allow a large number of people from Bulgaria and abroad to visit natural and cultural sites in Sozopol.

Some of the concrete measures of the project are the installation of tactile marking along strategic touristic points in the city. Furthermore, the provision of accessibility measures for people is also foreseen in many of the strategic point of the city such as: a urban park, the southern panoramic alley, the central beach, the architectural-historic complex southern fortress wall and tower, the municipal ethnographic museum, a tourist pier with panoramic view; the St. Cyril and Methodius’ church, the archaeological museum.

Sozopol Foundation has significant experience in development and implementation of projects related to providing access for people with disabilities to cultural heritage and natural sites. Since 2003 has developed great expertise in the use of EU structural funds and realised a great number of projects.

Working with government and municipal authorities of the Republic of Bulgaria and the National Agency for People with Disabilities, Sozopol Foundation maintains also regular contacts with NGOs, groups of people with disabilities and civil society.